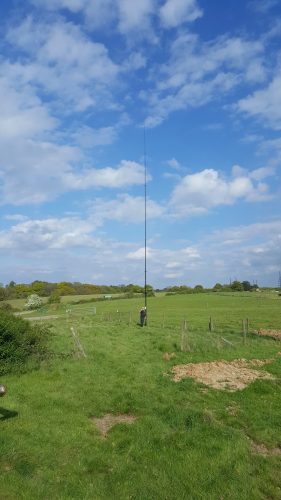 The plan was to put up an 18 meter, 60 ft spider beam roach pole and operate a 1/4 wave on 3.7 MHz. I purchased both the 12 m and 18 m roach poles from Spiderbeam with the intention of using them to support inverted V antennas and verticals. I’ve used the 12 m on a number of occasions to support a doublet for portable operating, and the 18 m to make a top loaded vertical for 1.9 MHz with an inductor.

On this occasion, I wanted to try a 1/4 wave on 80 m and the 18 m is ideal for that purpose. The pole can be fully extended and then walked up from the ground, but you will often need to use jubilee clips around the poles to stop it collapsing under its own weight. Like the smaller poles the sections do pull out and lock, but in a breeze, the sections can often rock back and forward and then without notice concertina down. Here you can see the roach pole and me for scale. 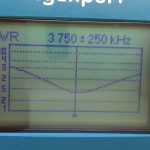 some testing. The VSWR was 1.1.5, I think with a larger ground plane this may have been lower, but it was acceptable for our purpose. The antenna was guyed off at 4 and 12 meters, this is essential in even the lightest of winds.

With the addition of a IC-7600 and solid state amplifier, the station was ready to go.

Unfortunately, the bands have been suffering from disturbed conditions due to solar flares, so despite our best efforts, we were unable to work big DX. We did work quite a few European stations, and also a fair few UK and Irish stations.  The reports received from the antenna and the reception performance was very good, and I was able to receive stations from the USA later in the evening. Unfortunately, the USA stations were in a net, so I didn’t disturb them.

The weather also provided some anxiety, over the course of the weekend the wind picked up to a fairly constant 20 MPH breeze. Thankfully despite some groaning the guys held and the antenna came down without incident.

Over the course of the weekend, I worked 80 stations from 22 DXCC. 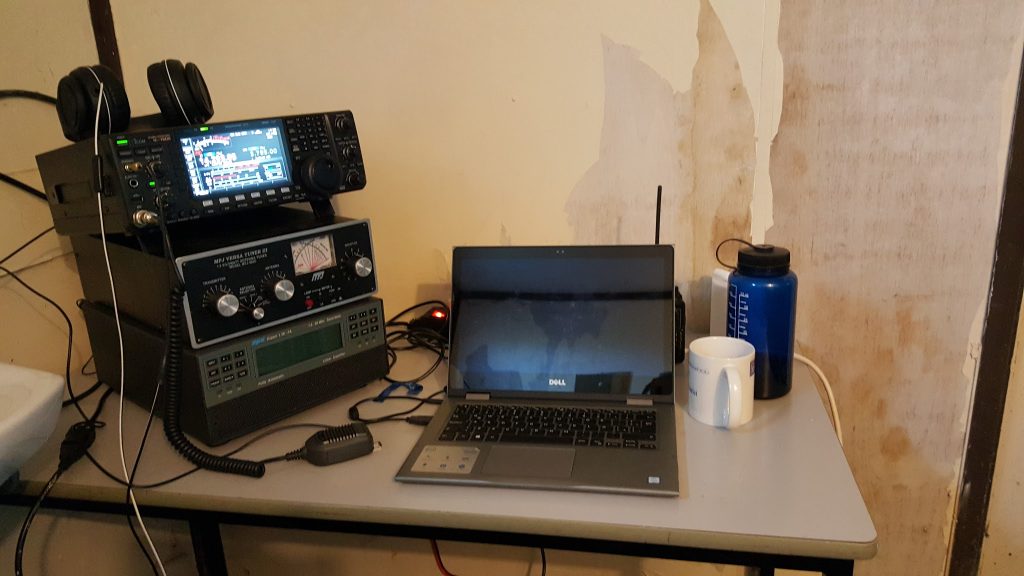