John M0UKD and myself decided it would be fun to work a few in the VHF NFD from Mam Tor at 517m ASL. Using John’s FT 897d and 20w battery power and his 6e homebrew PEGTENNA.

The walk is quite short and the “summit” is not a SOTA, its a simple walk up from the National Trust Car park. The walk is well defined up a stone path, most of the way is simply steps to the top of the hill. The views to the South are quite good, but the path is not so good to the North West, North or North east.

We selected it as its a simple walk, and as we only intended to operate for 1 Hr, it would be nice to select a quick activation.

Once on site, at the top of the hill we discovered two things, it was very popular with families, dogs and children and it was also very windy. The hill top was several degrees below that of the car park, and with the wind chill it felt distinctly chilly. 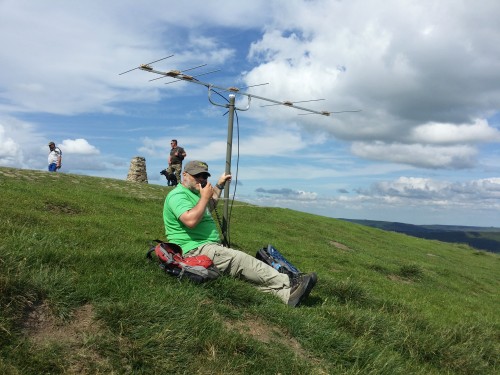 We found a location just off the top of the hill to operate, and called CQ 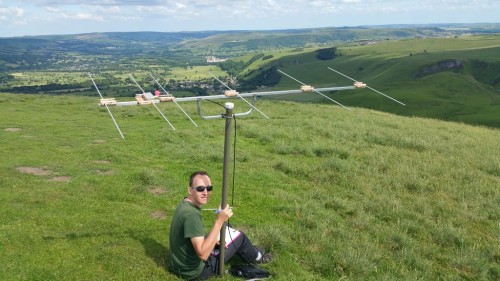 We worked a total of 24 stations is 60 minutes.

A map of the QSO’s can be seen below. 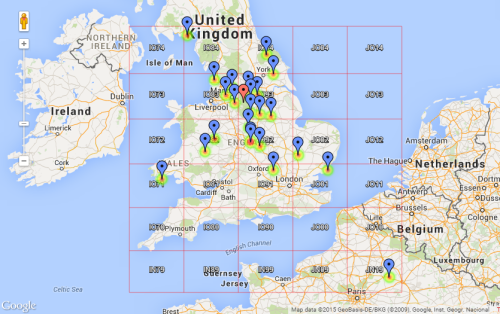