If you haven’t arrived here from Part 1, you may want to check this out first.

The collection of poles had been previously cut to size, this weekend was about the final assembly and mounting the driven element to facilitate testing.

The beam is 3 elements and requires a 5m boom. The element mounts for the driven and reflector had been previously purchased online and milled out to fit onto a 38mm boom.

John M0UKD had the idea of mounting the driven element on something a little more substantial than the element supports I had used for the director and reflector, this should help avoid element sag. Dave G7UVW mentioned he has some Paxolin board that was 8mm thick, this would make an ideal support for the driven element. 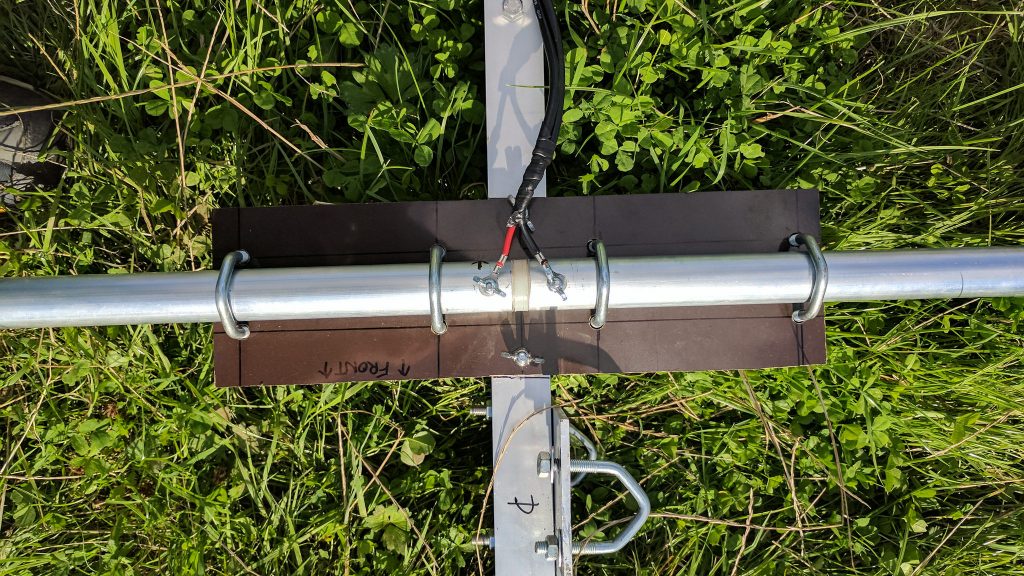 The driven element was mounted on the boom, with the Paxolin providing insulation and support. The addition of 4 exhaust clamps to lock the elements in place, providing a very neat and droop free solution. The other elements were mounted on the boom, and the coax matching system was constructed. The antenna is 28 Ohm, and so needs to be matched to 50 Ohm using 2 lengths of 75 Ohm coax. Matching is further described in the DK7ZB article. 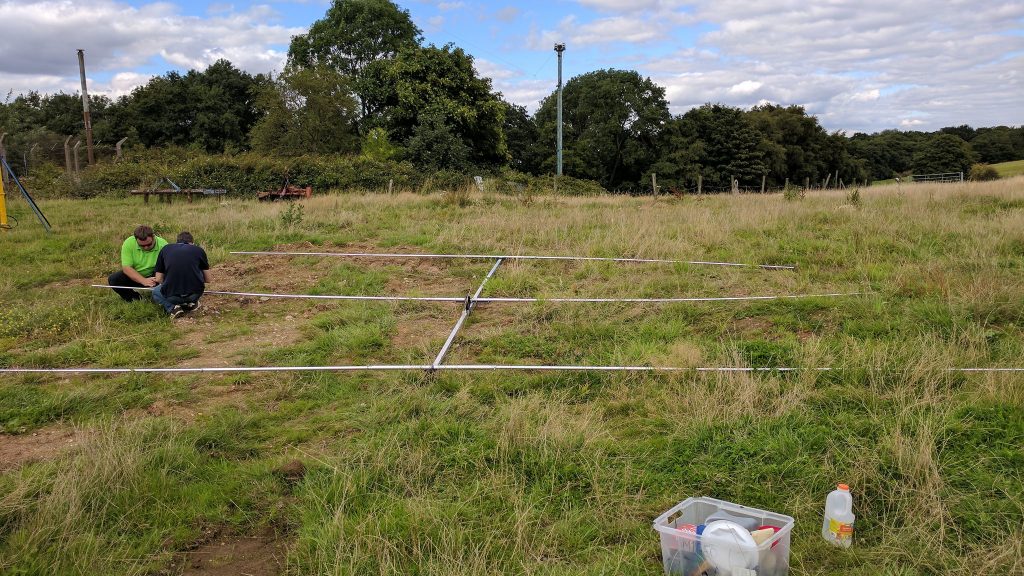 The next stage was to measure out all the elements and fit the jubilee clips, one slight mistake in that I had ordered 25mm clips to fit 30mm pipe. This was rectified by looking in the spares box, and soon the beam was ready for bracing and mounting. The boom is split into 2 x 2.5m to allow easy storage and transportation in the car.The boom is the braced and joined by a further 1m section of 38mm box linking the two sections of the boom together. 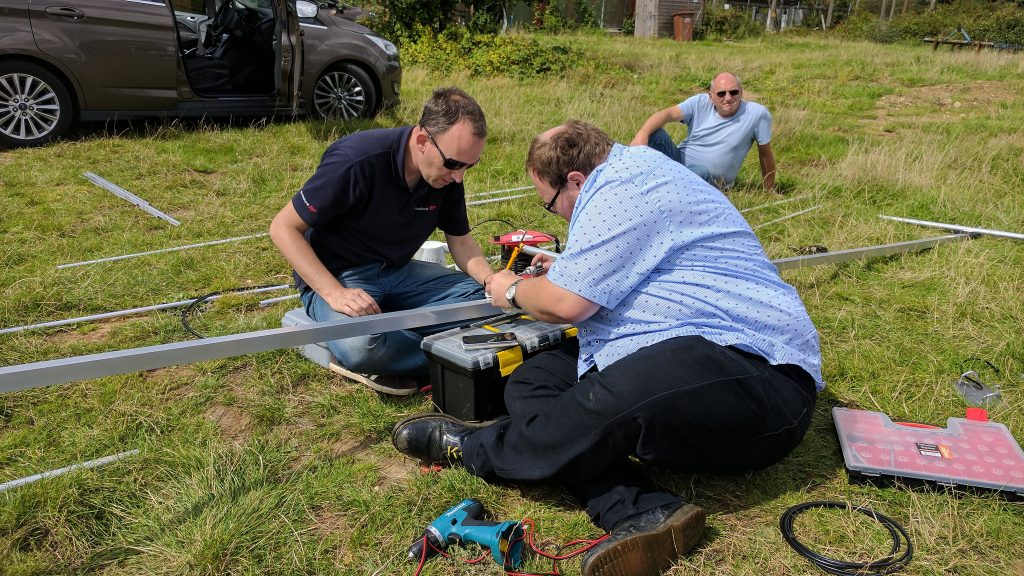 This method has been previously used with the 4e 21 MHz beam previously constructed.

Elements measured, boom joined it was now time to add elevation and measure the SWR. The antenna was mounted on a 10m pump up Clark mast, and with some trepidation the SWR measured. It’s always encouraging to see the antenna is resonant on 18.120 MHz. 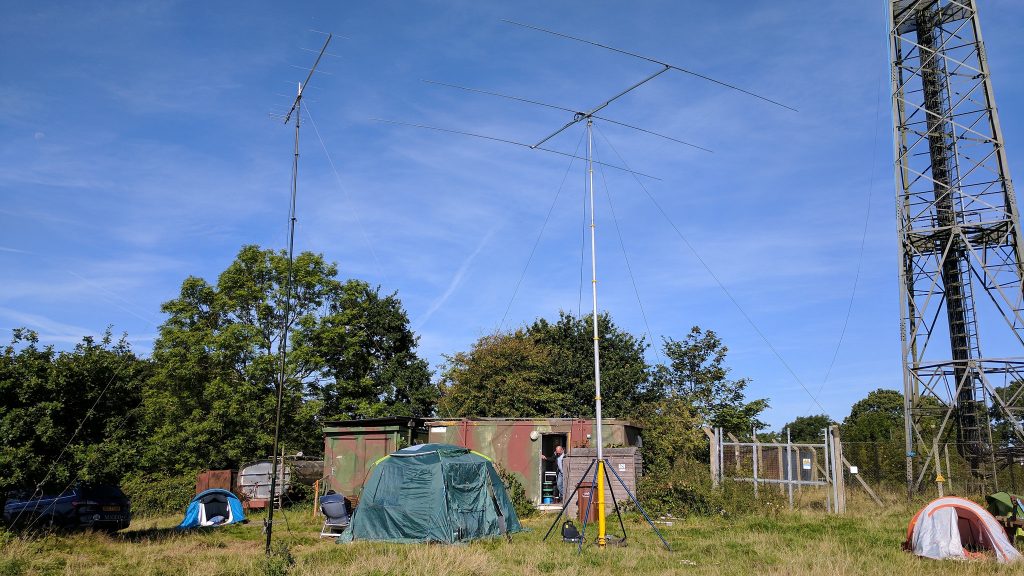 Team SNBCG had successfully converted a pile of aluminium into a beam for 18 MHz.

Over the course of the weekend, I worked 100 Stations on SSB, mostly in Europe and Fred G3SVK worked 50 in CW. Fred was able to work some DX including USA and JA. 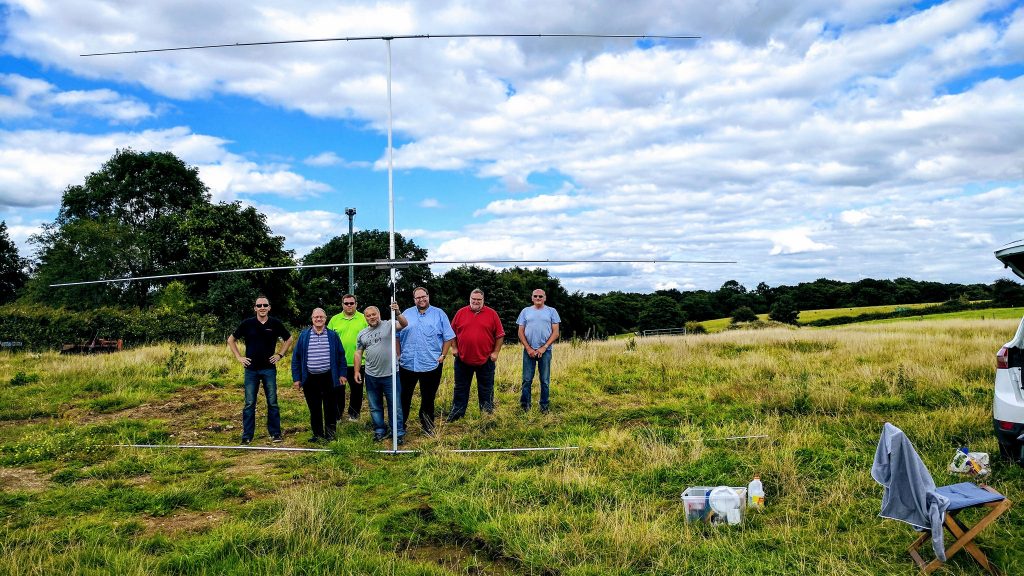 The beam construction really was a team effort and was made possible by Chris G8OCV, George M1GEO, Peter G0IAP, John M0UKD and Dave G7UVW.