Read Part 1 of the homebrew project

Now the exciting phase, nearing the end and a moment to complete the final stages.

Construction of the matching phase, and mounting the driven element.  The antenna feed point is 28Ω, and the method of feeding the antenna is described on DK7ZM site. Once constructed from 2 lengths of 75Ω and formed into a choke this could be mounted. 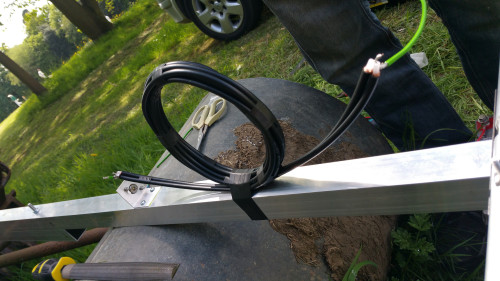 The driven element was separated with a solid plastic tube, this extended 250 mm into each side of the element. The bolts and wing nuts would provide the ideal termination point for the coax. 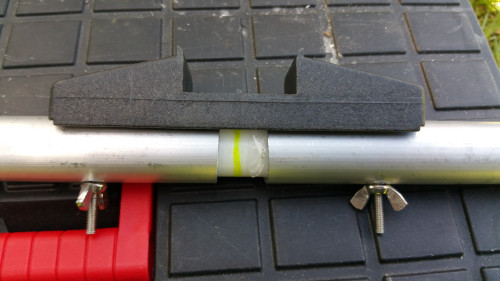 The next phase was getting the aerial into the air, and checking the VSWR. The design suggested it was quite broadband, and as you can see it was 52Ω @ 21.030 MHz. A little lower than planned, but it was 1:3 at 21.250 MHz and so well within design. 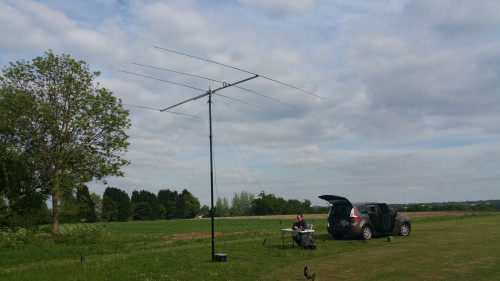 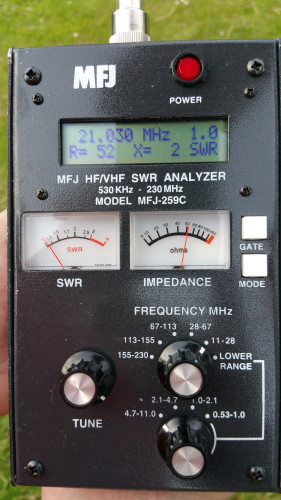 The band seemed quite lively, and we could hear a special event Indian station working a huge pile up of EU and NA. Despite calling a few times we wasnt able to make that, but a little further down the band we did hear VK and a Taiwanese (well he was from Leeds) working a few.

After finding a frequency and calling CQ we was able to work WA7M Gavin in Arizona USA.