Its been a while since I ventured out to an amateur radio rally, having been to a few at Pickets Lock Enfield and  Canvey over the years, today saw a trip to the National Hamfest at Newark Showground. 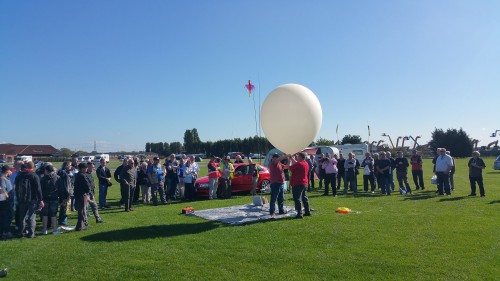 The highlight for me was the launch of Pinky, a high altitude balloon The SSDV payload callsign PINKY transmitted on 434.575MHz USB RTTY 300 baud 880Hz shift ASCII-8 no parity 2 stop bits. The data stream could be tracked either by direct reception of via the internet. Pinky climbed to around 25KM above the earth before retuning. The payload was recovered by the chase car, some 15 miles South near Grantham. You can read the full report on Andrews blog M0NRD with pictures on how the team put together this successful HAB launch.

It was really nice to meet up with some of the exhibitors, and I spent quite some time chatting to the Linear Amp team about their new 1KW solid state amplifier, and their range of 300w solid state VHF and UHF amplifiers. 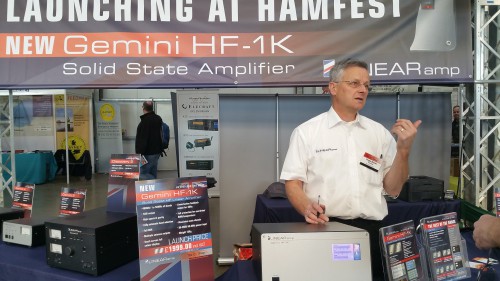 I also spotted some items that I could afford, less than the £2,000 amplifier… I purchased a drive on mast clamp that would hold a roach pole, and also some mast guy rings that would be helpful in the field. 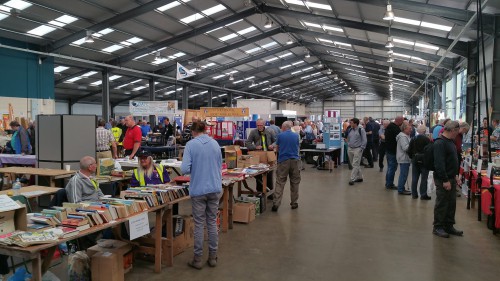 Other exhibitors included Icom, Kenwood and the big suppliers W&S and Martin Lynch. I was looking for the new Icom 7300, but this wasn’t available for display. The outdoor area was  quite poor, with just a few stalls and despite a very large area and unbroken sunshine not many people had decided to private sell.

It was nice to see the Camb Hams putting on a special event callsign and working a few in Flossie for the weekend.  Flossie (left with the pump up mast) I understand has reached the end of her life, and is soon to go to the big scrapyard in the sky so this could be one of the last few outings. 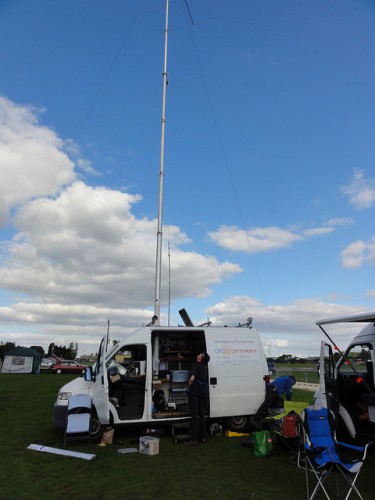 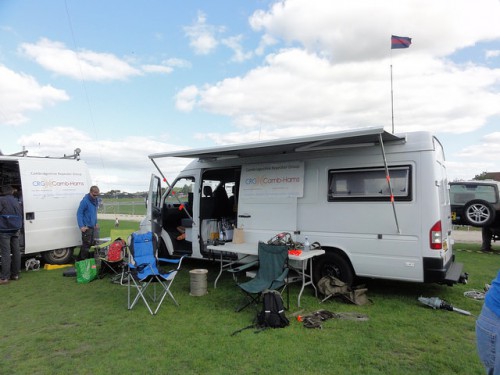 A rally wouldn’t be complete without a burger and some chips, here you can see George M1GEO and his dad Chris G8OCV (right) eating some of the delightful cuisine. 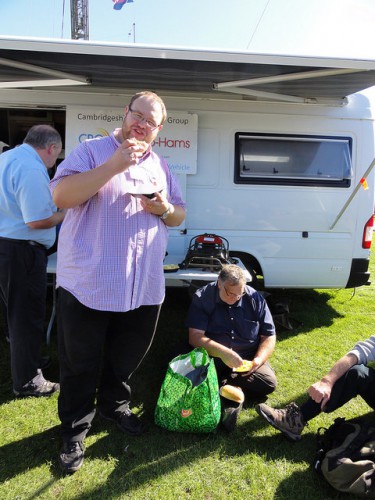 One last thought, I noticed the new super gainer DX