The RSGB contest provided an ideal opportunity to focus activity on the higher HF bands. Previous John M0UKD and I had built beams for  28 MHz 3e beam and  21 MHz 4e beam using the design on DK7ZB website.  28 MHz is a compact design using a 3m boom, and 21 MHz is somewhat bigger at 5m boom. 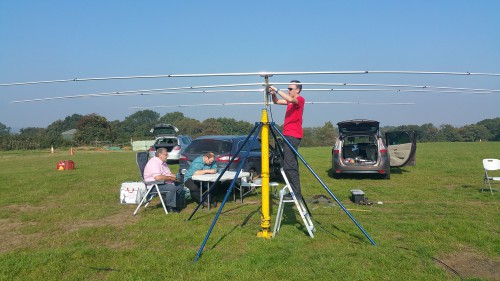 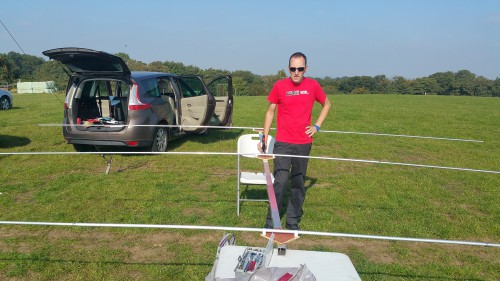 The operating was alfresco as the October weather was  sunny and warm. The shack table was positioned close to the mast ready for armstrong rotation.

The Clark mast was modelling some new blue legs, recently fabricated by Brian 2E0FHU. They worked perfectly and once assembled they provided a sturdy base. 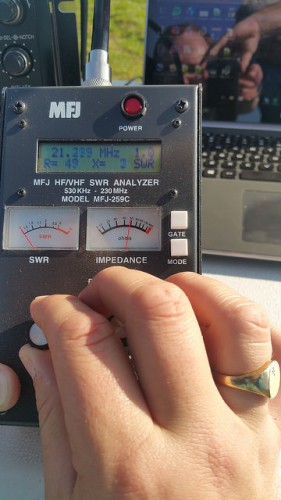 A quick check with the MFJ analyser confirmed the antenna was spot on resonance, and so the CQ calling could commence.

Despite a valiant effort on both 21 and 28 MHz conditions did not support the number of QSO we had hopped, in fact you could say it was a challenge to work anyone at times. QSO could be hard to tease out, and we decided the best method was to work anyone we could  hear. Some big DX did arrive, as we managed to work ZS6AI, ZS5DCF, CX8DS, VP8NO and PS8BR to name a few. The bands did seem to be open, at one stage we listened to a CW beacon in South America that was very loud (apparently 10w). 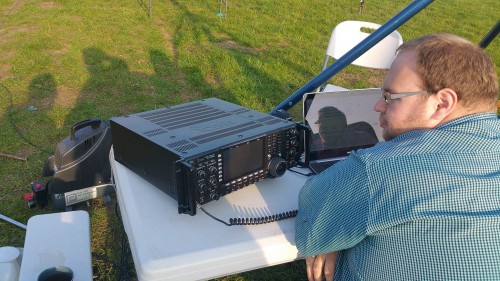 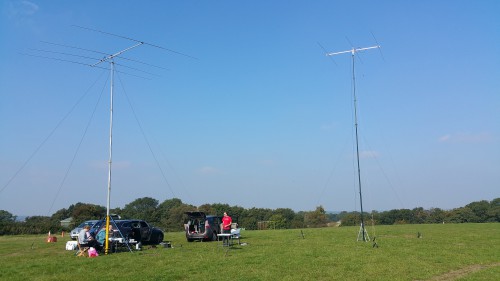 Despite the lack of activity or poor band conditions we enjoyed our time operating outdoors in the sunshine.

Both homebrew beams worked well, and this may well be the last time we operate outdoors in 2015.

Further pictures from the day are available online.

Thanks to everyone we worked 73 Dave M0TAZ