Members of the SNB contest group came together to play some radio in the RSGB IOTA contest. Some stations make the trek to far flung Islands in exotic parts of the world, we opted for the contest site close to Kelvedon Hatch in Essex.

The SNB contest site has the added bonus of a 50m onsite mast, making an ideal platform to hang dipoles. George M1GEO and myself decided to operate our respective calls from the two radio setup, using 3.5, 14, 21 and 28 MHz. George also added his 50/70 MHz beam on the mast, and this provided some interesting contacts using MS and JT65. 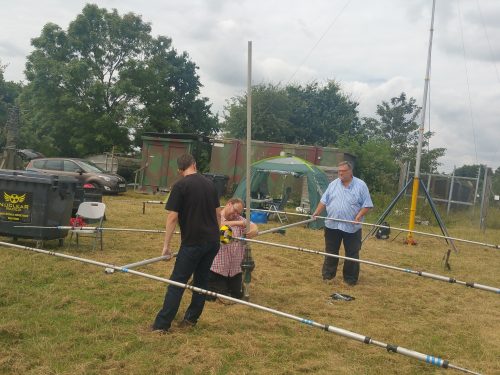 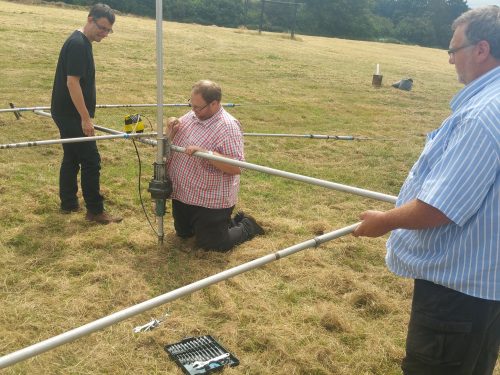 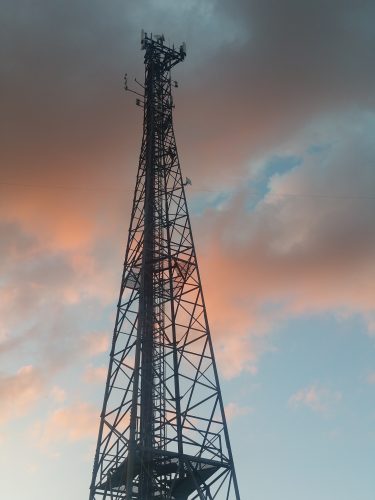 At various times we added some RF power from either the solid state expert 1.3KFA or the hal1200_atlantic amplifier. We had some interaction between the close sited antennas, and at times this dictated the operating modes / times. 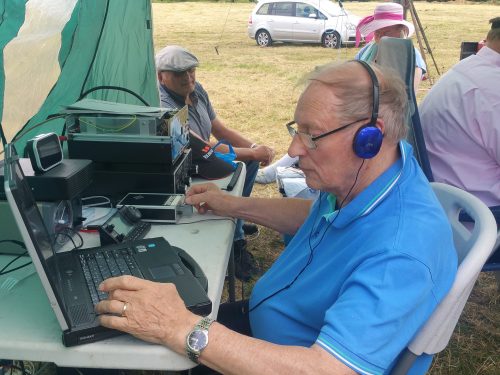 Fred G3SVK joined us as our CW operator, Fred can often be found in the lower pasts of the bands chasing big DX.

It was a casual operation, allowing time for sleep, meals and frequent cups of tea. The weather was fantastic, so camping out onsite was very enjoyable.