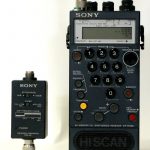 I’ve always been interested in listening to the short wave bands, with my first receiver being the Sony Pro80 receiver. The Sony was a portable HF receiver that covered from 150 kHz to 223 MHz and was powered by 4x AA batteries. The receiver was excellent on the HF bands, and this receiver provided many years of reliable service.  I quickly realised that most of the interesting signals were outside of the broadcast bands, in the early days listening to the phone patch signals from troops in the Gulf war talking to their loved ones back home. Many of the signals were in the clear, simple analogue SSB signals. 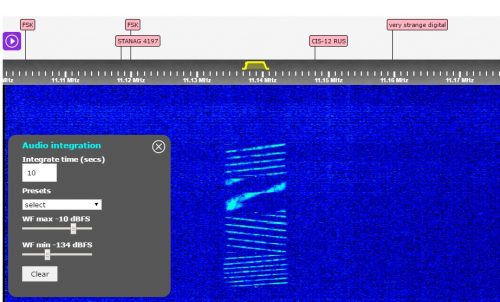 The advent of SDR receivers has allowed you to visualize and listen to signals, providing a unique view into how signals are modulated and propagate on the air. One such signal that caught my eye was this one seen on 11.14 MHz. It looked a little like OTHR, but was far too narrow and the way it increased and decreased its frequency did not look like anything I had seen before.  I checked with  Peter Martinez G3PLX (inventor of Amtor and PSK) who is world renowned for his technical expertise in these matters and he suggested an HF path sounder. A device that tests the HF propagation conditions, in some cases jumping around the HF spectrum. Something that I’ve never seen before, but without a spectrum display I may have never been able to identify this type of signal. Thanks to Peter for his assistance.

Much speculation has been published about HF number stations, one thing is for sure they have declined in popularity somewhat since the 1990’s. They were often found in the HF bands, 5 to 10 MHz being the most popular, and it’s now quite rare to find one on the bands without a little preparation. I was interested to see a station that sounded like a traditional numbers station on 6.739 MHz USB the other evening. It turns out this is not a traditional number station but generated by the USA military.

This is not a “numbers station” (but calling it one is a common mistake). This is a transmission of the US Military HF-GCS network. These messages are called “EAMs”, or Emergency Action Messages as rangers199487 points out, in the hobby community. There is some question as to if all such messages are truly EAMs or not. These transmissions happen daily, many times a day. Common frequencies are 4724, 6739, 8992, 11175, 13200 and 15016 kHz. Many other types of signals are heard on the HF-GCS.

Number stations are still around, and by checking the schedule at Priyom.org you can simply look up and listen to the next scheduled transmission. This example is broadcast on 8157 kHz USB.

Viewing the Bands in a Contest 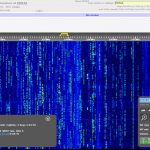 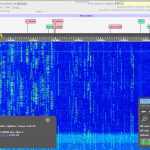 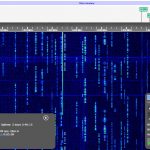 The Kiwi SDR enables you to view to view up to 30 MHz of spectrum at one time. This can help identify areas of activity and provides a unique insight into how the HF bands are used.