The RSGB run a number of top band contests through the year. The first is the February 1.8 MHz covering both SSB and CW.  John M0UKD and myself have taken part in these for a few years now, most notably 3 years ago in 6″ of snow, and last year getting the car bogged in the mud.

Thankfully this year was mild, and not so muddy. The contest runs from 9PM to 1AM, and using a top band dipole fed with 300 Ω feeder. The centre of the dipole was at 60 ft (18m), and with a span of 260ft (80m) you need a large back garden (or access to a large field in the country).

Using an Icom 7100 and 32w (the maximum for this part of the band) we managed to work 60 stations including England, Wales, Scotland, Ireland, France, Netherlands and Germany. 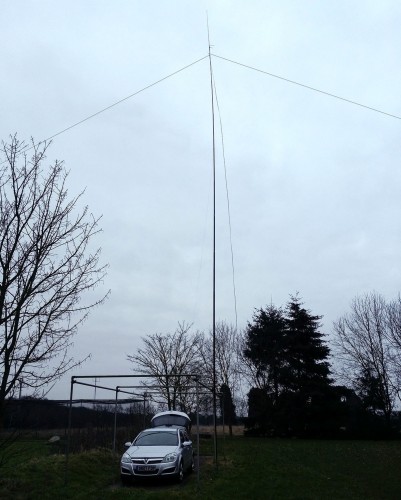