The RSGB 70 MHz Trophy Cup ran from 11 till 5 on Sunday,  Team SNBCG assembled at the Kelvedon Hatch Secret Nuclear Bunker. The contest promotes activity on 70 MHz, but it just one of many contests run by the RSGB to promote activity on the amateur bands.

The beam was homemade, 6 elements on 70 MHz using a 4m boom. 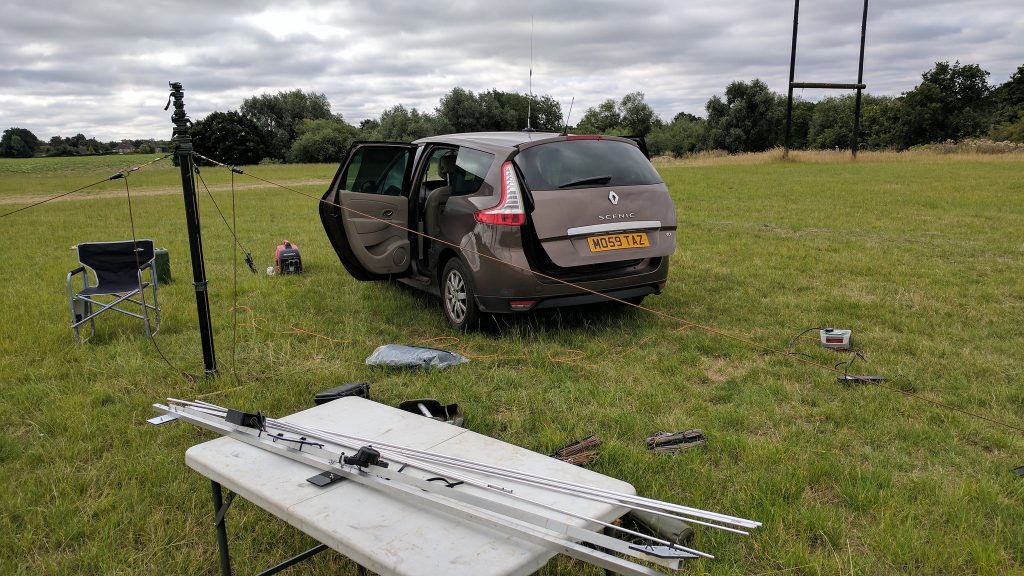 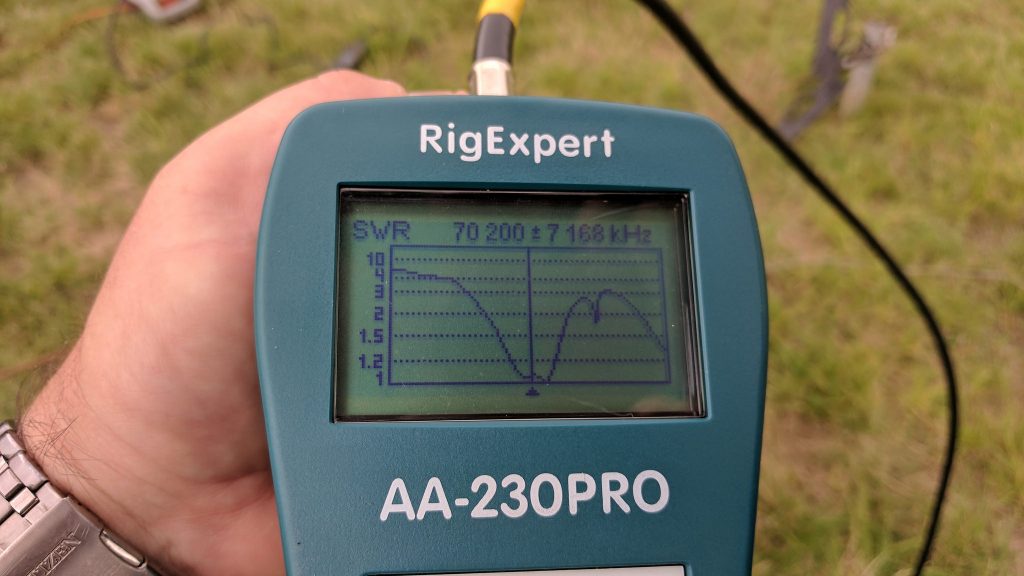 We used John M0UKD newly acquired Icom 7300 and George M1GEO Expert 1.3K-FA amplifier to provide 160w PEP. The contest exchange was a little more involved than some and included signal, serial, locator and first two letters of your postcode. 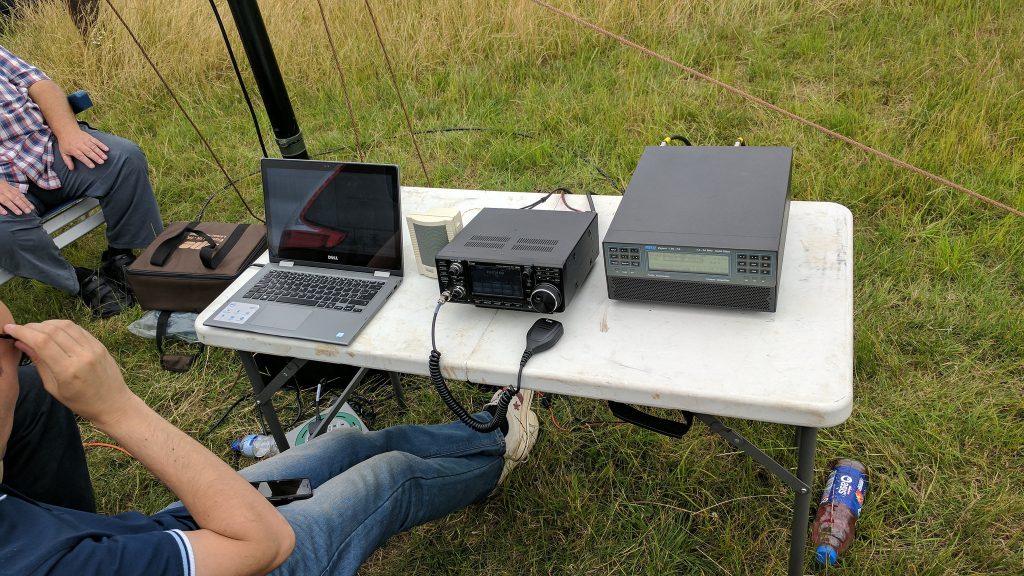 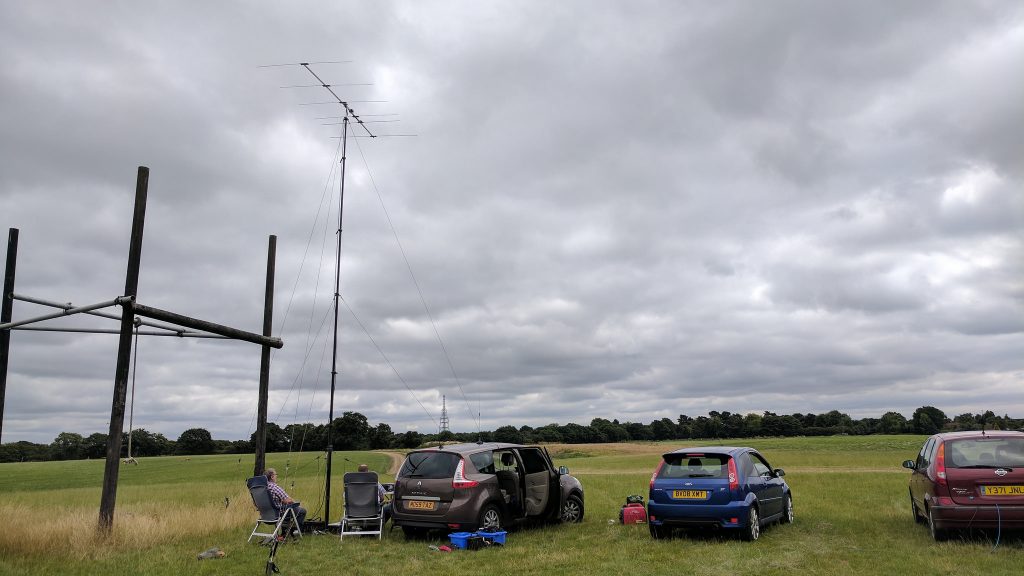 A 12m push-up mast provided the support for a homebrew 6e beam. The beam had recently been reworked with some new insulators and the boom has been split into 2 parts to facilitate easy transportation in the car. 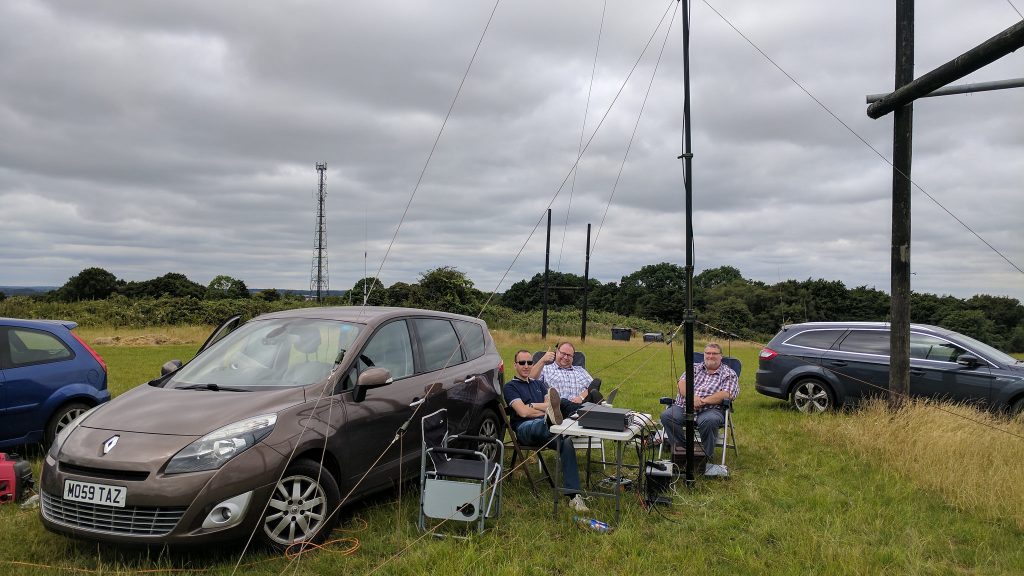 We operated alfresco using a 2Kw Honda generator to provide the power for both the amplifier and radio.

The screen on the Icom 7300 looked very nice, and the waterfall was helpful in finding band activity. 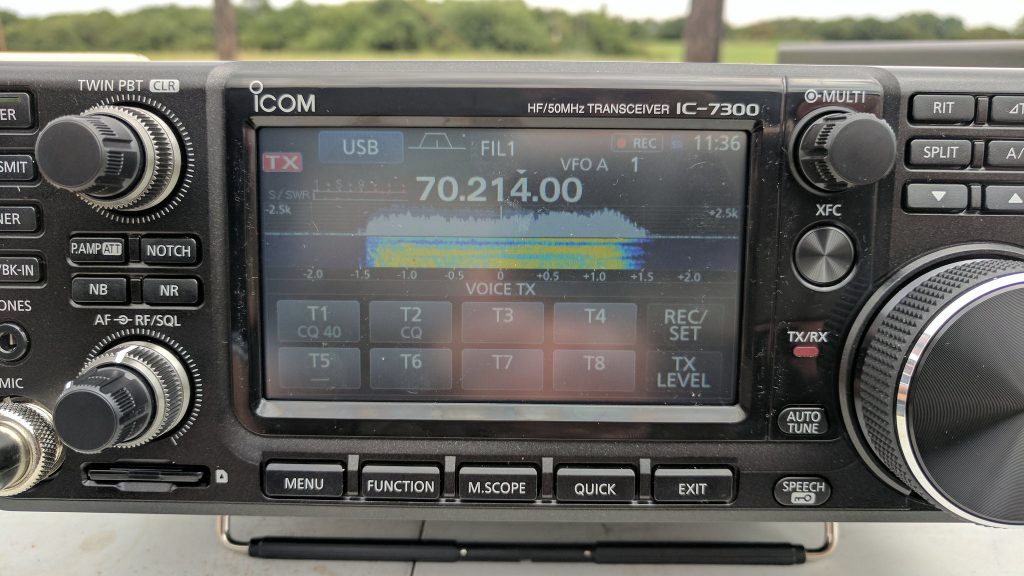 The band had a fair level of activity, with a number of the regular contest stations evident on the bands. We managed to work 74 stations in 7 countries. England, Scotland, Wales, Northern Ireland, Gurnsey and the Netherlands.

You can view the claimed scores online

A map of the QSO can be seen below. 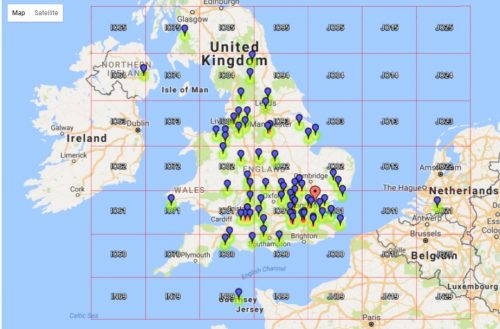